Besco products in the model database!

Besco is a 100% Polish manufacturer of bathroom furnishings. The assortment of the brand includes acrylic bathtubs and shower trays, freestanding bathtubs, washbasins, cabins and shower doors, as well as a number of dedicated products, taking into account both safety, comfort of use and aesthetics of the bathroom.

The year 2020 is a time of launching many new products. Along with the new catalog, Ayla, Melody and Vica freestanding bathtubs have appeared. Among the acrylic bathtubs, our bestsellers such as Modern, Quadro, Avita, Vitae and Shea have appeared in new dimensions and in the slim version, whose edge measures only 15 mm. Three completely new models have also been added: the Intrica, Intima and Intima Duo rectangular bathtub, created for bathing together. All 3 new models are available in the standard version and with the slim edge. In cooperation with Mr. Marcin Jędrzak, the Uniqa washbasin was also added, which is perfect in combination with Besco bathtubs.

There could also be novelties in the glass segment, whose assortment was expanded to include the in-toc walk-in cabin model, with the popular black frame motif, as well as the unprofessional Pixa cabins in several dimensional configurations. The range of bath screens was completed by such models as the best-selling Lumix in a black finish, Enzo screen with a black frame, the Avigo model and 1-, 2- and 3-wing Prime screens.

The collections of Decco, Modern / Varium and Illusion faucets have been supplemented with bath faucets, concealed basins and shower sets. It is worth noting that the Illusion collection is also available in a fashionable – golden finish. Other designer collections, matched to the bathtubs, washbasins and shower cubicles, are available in chrome and black matt.New products have also appeared in the shower area. In addition to the well-known Besco shower trays and PMD, a collection of Virgo cable drains has been added, including four models in brushed chrome, black, under the tile, as well as the slim version.

More information about the brand and news at www.besco.eu

The BESCO database is distributed with CAD Decor PRO, CAD Decor and CAD Kitchens. You can also download it using the internet updater or by clicking the links below. 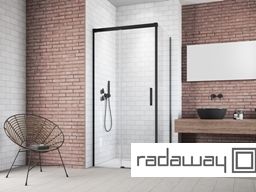 News from the Radaway brand 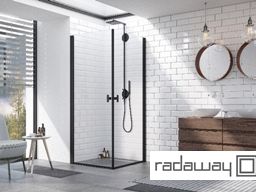 Radaway – comfort in every dimension 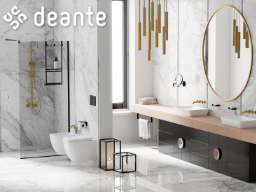 Deante brand products in the model base!
X

This site uses cookies! We use information saved via cookies to ensure maximum convenience in using our website. They can also use research and advertising companies cooperating with us. If you agree to save information contained in cookies, click OK. If you do not agree, the cookie settings can be changed in your browser. More information